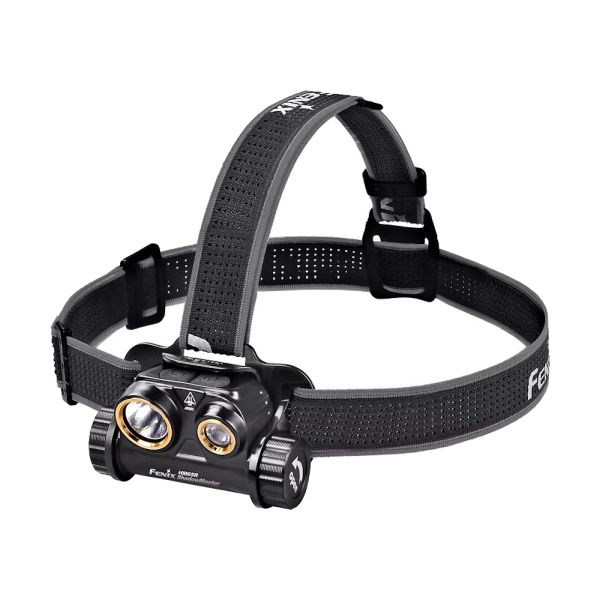 Chat to a gear geek to find out more

The Fenix HM65R ShadowMaster Headlamp features a maximum output of 1200 lumens and a rechargeable 18650 li-ion battery, making it ideal for high-altitude climbing, expeditions, and trekking*. The Fenix HM65R ShadowMaster Headlamp has five levels of white light and four levels of red, all of which are operated by a dual switch user interface on top of the light. The red light switch turns on and cycles through the red modes and the white light switches on and cycles through the white modes. Between the buttons sits a battery level indicator which is activated by single pressing either switch when the light is off.

*Stealth black design originally made for fishing, hunting, and military applications; don't go doing any naughty climbing with this.

Be the first to review this product!